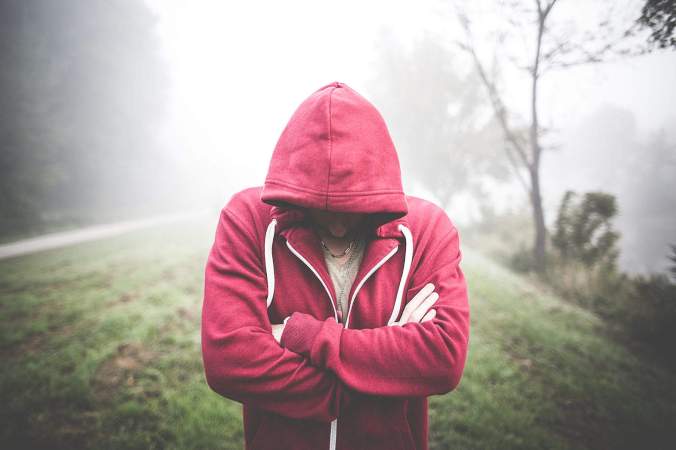 The next thing I knew, Gordon wasn’t the focus in the room – I was. They were quickly and efficiently hoisting me up onto a gurney and wheeling me out into the hallway where they left me to come to my senses. I lay there in a stupor of sadness and madness. I was devastated that this was my drunk and bloody son in the other room. And I was mad at myself for being too weak to stay the course with him. Even if I got up off the bed, they weren’t going to let me back in there. Now I just had to sit and listen to howling and not be able to hold my son’s hand. I had to be alone with the feelings of embarrassment that I was the mother who couldn’t save her son from addiction, let alone stay on her feet in the presence of his wreckage. I didn’t know much at that time about being the parent of an addict, so I lay there in a pool of my own guilt while my son was being stitched up in the next room.

After we checked out, I brought Gordon home. He had not been living with us when this accident occurred. A few months after his 18th birthday in the middle of his senior year of high school, Gordon moved out of our house to live with friends – who I assumed were doing and selling drugs. But we could no longer corral or control him. His behavior in our home had become intolerable and we had to think of the welfare of the four children who still lived with us and needed a semi-normal life. Gordon was breaking out every night, and had reached the age of emancipation, so we had no choice but to let him move out.

But on this night after the accident, I brought Gordon back to our house and planned to put him to bed and deal with him in the morning. After we arrived home, Gordon turned to me in the car and flatly told me that he hated me. He told me that he would never want to become a Christian because I was the worst person he knew and if I was a Christian then the whole thing was a joke.

Again, I didn’t have any training in dealing with addicts at that time, and I hadn’t been to any support group meetings or read any literature. So hearing those words that night, after all that I had gone through because of his addiction, cut me like a knife. I didn’t know whether to hit him in his stitched up eye or burst into tears.

So I did nothing. I got out of the car, opened his door, and helped him into the house and up the stairs into his old room. I put him to bed and shut the door. I didn’t say a word.

END_OF_DOCUMENT_TOKEN_TO_BE_REPLACED

This post is a departure from my regular posts due to the content. But I have always found that sharing real life struggles helps someone somewhere. If you’re the one it touches, please know that you’re not alone.

I jumped up in bed so quickly that my head was spinning. I had been pulled out of deep sleep so harshly that I was disoriented and dizzy. It took a couple more seconds to realize that the phone was ringing. Why is the phone ringing? What time is it?

When the phone rings at these hours, it’s always a call that pulls the breath out of my body and leaves me without strength under the weight of whatever horrible news is coming at me from the other end of the phone. These calls are every parent’s worst nightmare and I’ve had too many of them.

The voice on the other end of the phone was my 19 year old son. He was drunk, crying and scared. He said he was in the emergency room, that he thought he was going to lose his eye and that the cops were there. He begged me to come to him. He kept saying how scared he was and how much pain he was in. Somehow, I managed to discern that he had been in a car accident and had put his face through the windshield. There was either glass in his eye or near his eye causing him a lot of pain. I’ll be right there.

I jumped out of bed, threw on my clothes and put my hair back in a baseball cap. The hospital was an eight minute drive from home in which time my mind came to its fully alert mode and started trying to process the pieces of crazed information that had come from my manic son. I tried the best I could to brace myself for whatever I was going to see when I walked into the emergency room since I had no way of knowing just how bad the injuries were.