Was Jesus like Spider Man?  Was He human one minute, changing into a superhero the next?? I used to struggle silently with these questions because it made no sense to me how Jesus could operate at such a miraculous level.  It seemed to me as though God gave Jesus an unfair advantage during his life on earth that I don’t have. I mean, how can I be expected to live like Jesus? I’m not the Son of God, right??

But here’s the truth that I have been wrapping my brain around for last number of years: Yes, Jesus is referred to as the Son of God, but his favorite moniker was Son of Man.

Jesus was fully human every minute of his earthly life, whether laughing and walking with his disciples, or walking on water, or making a mud pack for a blind man’s eyes curing his blindness. He did everything as a man.  It’s a mystery to me how He could do this; but somehow He left his glory with the Father and took on human flesh. He chose to have to live as we do, reliant on the voice of the Holy Spirit to relay the will of the Father and empower Him for miracles.

As a result of that choice, we now have an example of what God’s glory shining in and through a person completely surrendered to Him looks like.

Just because it’s hard to imagine how he could live a perfect life as a man like us doesn’t make it untrue. Just because you’ve never walked on water doesn’t mean that Jesus used cheater powers to do that.  If Jesus did the miracles that he did using a power that we don’t have access to, then we could be impressed but unchanged and un-challenged.  But knowing that he completely shed his former glory while living as one of us on the earth, makes us accountable and challenged by the life he lived.

END_OF_DOCUMENT_TOKEN_TO_BE_REPLACED 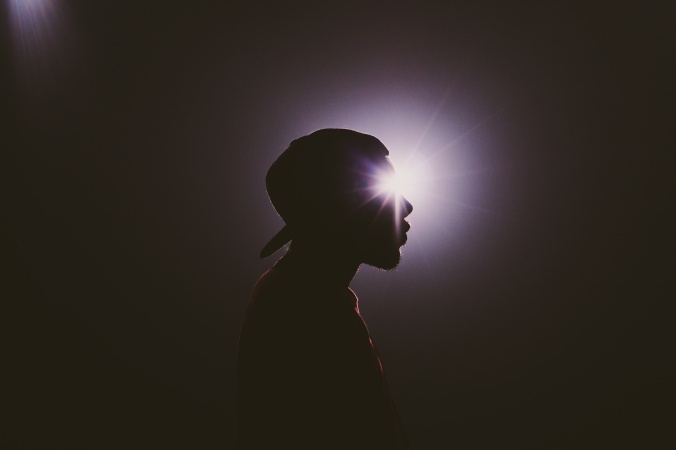 John 8:12 – I am the light of the world.  Whoever follows Me will never walk in darkness, but will have the light of life.

I thought I broke my toe when I hit it on a heavy boot that was left in our dark the hallway by my son.  He came home late and just took off his work boots right where he was standing, except that where he was standing was smack in the middle of where people walk.  I wake up early in the morning, so it’s dark as I stumble to the coffeemaker. I have lived in my house for over 16 years and I could make my way though it blindfolded.  But when someone puts an obstacle that doesn’t belong there in my path (like a pair of work boots!), all of sudden I am writhing in pain hoping to God that my toe isn’t broken!

Isn’t our walk in this world like that? We think we know our way around but all of sudden something goes sideways in our life and we’re scratching our heads wondering what just happened. We hit an obstacle that we didn’t see coming and suddenly what was a routine day becomes a painful moment.

So is Jesus promising in this passage that we will never be caught off guard if we walk in the light of His presence? I believe He is.  While it seems like a radical and impossible promise, I think we can see how that is exactly the way Jesus Himself walked when He was on the earth.  There wasn’t a verbal attack, a storm or a personal trial that caught Him off guard.  He was ready and prepared for everything that came His way – even for the cross.  He predicted His own death down to the detail of how and when it would occur and He predicted the responses of His disciples in the aftermath of His death.

So why don’t many of us walk in the light as He is in the light?  Let’s unpack that a little.